They performed on the Today show this morning. I have no clue about American TV shows, but with 4,2 Mio Twitter followers this seems to be a rather big one, right? His voice sounds so freakin great I'm becoming more and more a WVH fanboy lol.
https://www.today.com/video/wolfgang-va ... 1281861999
Top 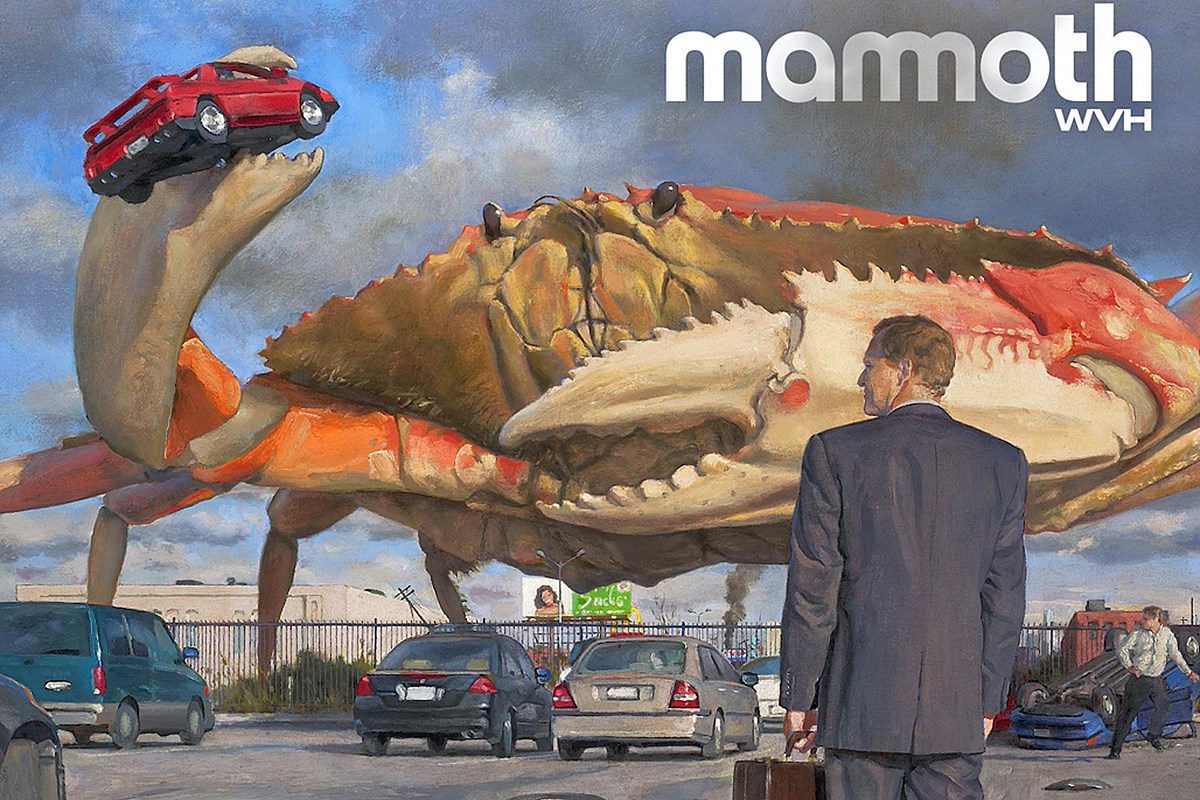 Well. I don't know but at least I can tell You that that's definetly not a mammoth!
Top

New song. I like the video. The song itself is rather basic imo.

Ironically, as one of the comments says: 'Love so much that his music is original and doesn't sound like everyone else'
Top

It might be technically basic, but that song has some serious vibe to it. It seems to be in D. I might learn some more of this.
Top

anguyen92 wrote: ↑Thu Dec 10, 2020 5:39 pm Found an article from Ultimate-Guitar about him talking about how he ended up with Tremonti. Let's go ahead and remove any notion that him leaving Tremonti was a bad one, since he wanted to tour with Van Halen in 2015 (and as we all eventually learned, it would have ended up being their last tour ever) and I'm sure Wolfgang wanted to spend as much time with his dad as possible until the end in between working on his solo album.

"You did two albums with Mark Tremonti [in the band Tremonti], [2015's] 'Cauterize' and [2016's] 'Dust.' I saw you play with Tremonti in New York, it was probably five-six years ago How was that experience for you?"


"Yeah, the Alter Bridge guys - Mark, Myles, Philips, Brian - I love those guys, they're fantastic. That's a really fun story, how I got into Tremonti.

"I've been hanging out with Morgan [Rose] from Sevendust in New Jersey, just fucking around, I had some of my gear up there and I get a call from Gareth [Whitlock, drums] and he's like, 'Hey man, are you in Jersey right now?'

"And we spent that night in the rehearsal space in New York, playing through the first album [2012's 'All I Was'], I had to learn everything.

"I was familiar with the songs, they sent me the album and I was like, 'This is fucking great.' But I didn't know how to play it - that was a different thing.

"And we spent the night playing everything, and then the next day at Rhode Island we played a show and I had to play everything."

Pardon my French, but holy. Fucking. Shit. He learned the entirety of All I Was in one night, and played a full show with them the next day?! I mean, I know Wolfgang is talented, but WOW. That blows me away.

Loving all the songs we've gotten so far, and really REALLY can't wait to hear the full album and see them live. I recently asked Garrett on Facebook about their touring plans, and he said they're just kind of waiting to see what happens Covid-wise, but that they can't wait to get out on the road whenever they can.

Join us on the Alter Bridge subreddit!
Sponsored by Moonrise Blue.
Top

He's undoubtedly very talented and his voice is very strong but I just want a bit more edge to his music. It sounds a little generic right now. It's very very competent for a debut album though.

His video for Don't Back Down already reached 1 million views on Youtube. That's pretty good for a rockband.
Top

I mean, he is Wolfgang VAN HALEN,
Top

So I've checked out all of his singles on his yt channel and I have to say he definitely has taken the sound of his era rather than his fathers. He sounds like a modern band and not trying to milk his fathers sound. I think that's a good thing.

However, despite being multi-talented, being able to play all the instruments on his record, I find the songs to be kind of generic. I wonder if his last name wasn't Van Halen would people care as much? The songs arent bad. The songwriting just isn't as strong as the other stuff I listen too like Tremonti, Big Wreck, Halestorm, etc. I think WVH has a very safe and radio friendly sound. but I have no desire to relisten to them.
Top

Most music I end up really liking is stuff that I heard more than once by accident... it was played on the radio, or a friend put the album on more than once while we were hanging out.
Top

The cover was taken from John Brosios surreal paintings: 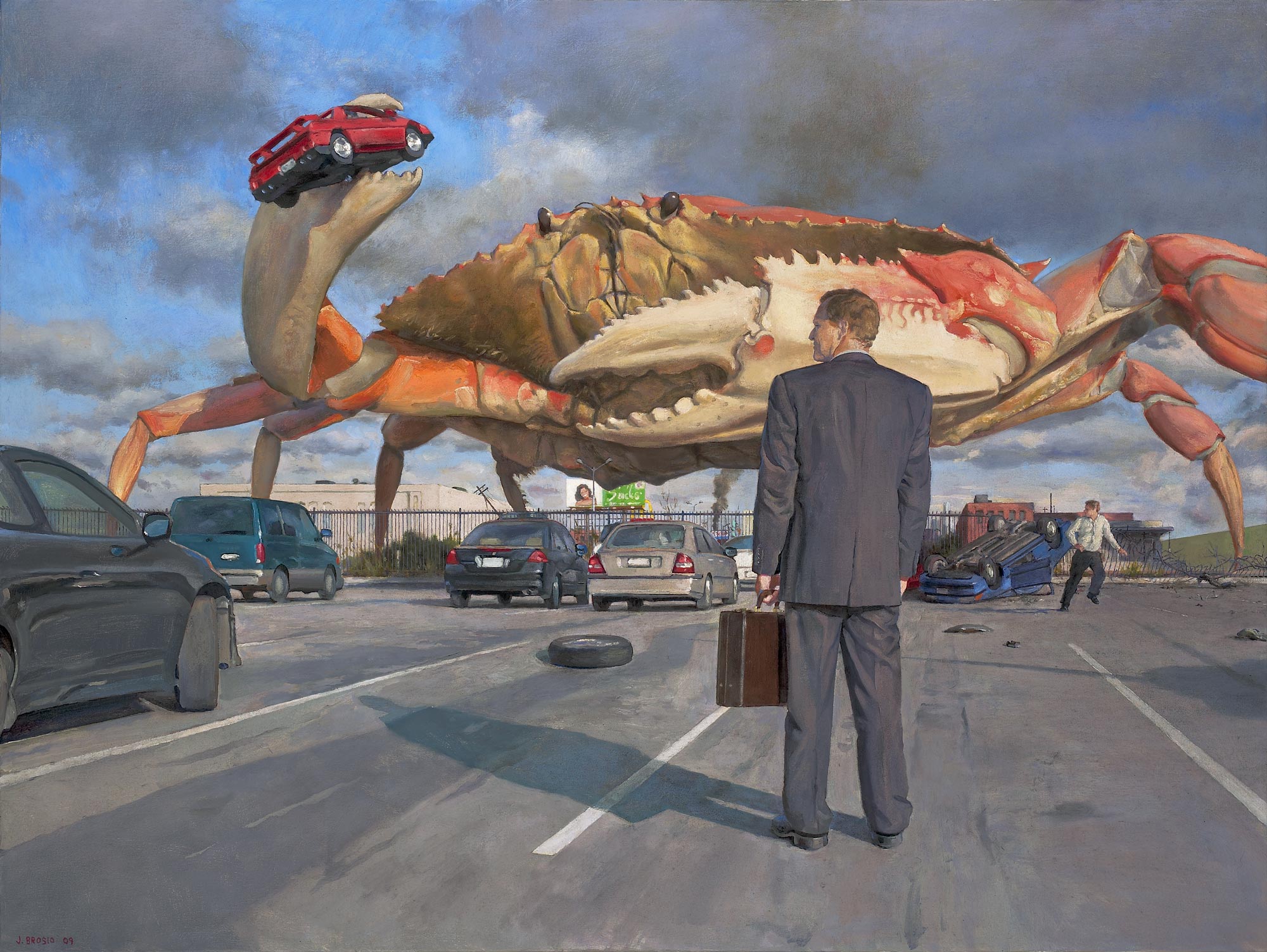 I edited the post title to remove "Distance," figured this thread could be used to discuss the whole album. Speaking of, I think it's great. Really love the opener "Mr. Ed."
Top

I'm surprised this album isn't getting more love here, because Think it Over sounds like your typical AB ballad, and quite a few solos are very reminiscent of Mark's style (e.g. You're to Blame, You'll Be the one).
Top

On one hand, you could appreciate he's not directly filling his father's shoes but I was expecting something a bit more out of the box since he provided so many cool parts for Tremonti and that he's well into prog. Not a bad debut tho.
Top

I would have enjoyed more long songs like Stone.
Instrumentally, the album is not very impressive. I mean, the guy is doing a decent job, but for years, I've heard everywhere that he was a beast of a player, and it doesn't show.
Overall, the album is decent and better than I expected, but as I initially said, he's playing it too safe.
Top
Post Reply
42 posts