All are welcome at our free clinic for those whose faces have been melted. \m/
Post Reply
1137 posts

Tremonti is doing a livestream on the day of release for Marching In Time!

They did it sounded amazing! I didn't expect them to play that one.
Top

Going to see tremonti and sevendust tonight! So excited!

Have a good time, Bobby

Just a reminder that we are officially 2 weeks away from the album release!

Is it not 24th?
And if you fall, at least you tried
As you tremble on the wire...

For the east coat of USA, it is.

But remember how timezones work? (EDIT after recent post: I clearly dont as this conversation is turning out

Since I'm on the west coast in the PST, I get all new music on Thursday nights here. And you obviously know u get it on the 23rd too Ubik since you're UK so only 14 days for you as well

Unless you mean the Livestream concert release party? In which case yeah thats the 24th but I was referring to the actual album release

I thought everything was just midnight local! Had my kiwi accent ready and everything.
And if you fall, at least you tried
As you tremble on the wire...

Ubik wrote: ↑Thu Sep 09, 2021 12:23 pm I thought everything was just midnight local! Had my kiwi accent ready and everything.

Okay hold up, before I dig myself into an even deeper hole here and look even more of an idiot. Yes when your timezone turns September 24th Midnight GMT you will get the album, but because you're 8 hours ahead of me, UK will get the album when its the 23rd for me, hence why I got confused and said you get it on the 23rd as well

I had a brain fart there, Ubik. My bad

It's alright it's my bad, I forgot that single countries can have more than one timezone

I live on an insular island, dammit.
And if you fall, at least you tried
As you tremble on the wire...

I know we are all biased towards the guys but these live videos on YouTube sound amazing! The guys have really upped the ante! The new songs sound killer live, special mention to marching in time…can’t wait to see them in the next U.K. run!
Top

That was the best Tremonti show I've ever been to. Mark sounded FANTASTIC. He didn't do his "dinosaur voice" once on the whole show. He even played Decay and he said it was the first time he had played it in years so I was ecstatic!

I had never had more fun than I had during that show. I was so happy to be back in a concert and the venue made us feel so safe. Those lives videos don't do Mark any justice. He sounds even better in person. 10/10!

Oh and Sevendust was great too lol

I promise I'm not being a killjoy but maybe that's mainly due to their support act status? We'll have to wait and see how he fares when he's singing 18/19 songs every night

Glad you had a good time btw!


We live in a world where nothing seems real after Joe Exotic and The Tiger King. A world in which Black Friday sales continue to offer the customary sight of someone getting kicked in the face over a marginally discounted toaster. A mindless, liminal state which now has many artists commenting on events that already subsume our social media feeds. On his upcoming solo album, ‘Marching in Time’, Mark Tremonti (Alter Bridge, formerly of Creed), attempts to guide the listener on twelve individual journeys through the world around us. Creating an album in which his musicianship can prove far more stimulating than his commentary. Usually.

If the pensive “Under the Sun” offers perfect moments of melancholy to get lost in, counterpoints like “Let That Be Us” introduce a charging rock/metal offering. Tremonti’s unfaltering, frenetic picking working so hard the main riff sounds like bullets; each song including a chorus bigger than the last. A trait that extends to the booming “Thrown Further” and the melodious anthem buried within the riff-heavy tracklist, “Not Afraid to Lose.” A true standout moment on ‘Marching in Time,’ that captures Tremonti’s talent for songwriting at its best.

Performances throughout are simply exceptional. The lineup of Mark Tremonti on vocals/guitars, Eric Friedman on guitars, Tanner Keegan on bass, and Ryan Bennett on drums proves explosive. The album’s lead single, “If Not for You” conveys a moody blend of dark overtones and a candid narrator that leaves nothing unsaid as they give thanks to their lifeline. An album milestone that doesn’t translate across the album’s entirety.

In contrast, the angsty “Would You Kill” feels about as morally inquisitive as trying to remember whether or not you disposed of your own candy wrappers after an evening in the cinema. Other songs are less clear, like the record’s big finish, coming in at just over seven minutes and thirty seconds, depicting “so many lives marching in time.” On one level it suggests a series of generalized aspirational tropes that overstay their welcome. Yet there is something of the Desiderata here, like a guiding poem to a child, that suggests something deeply meaningful to Tremonti, like a man knowing the world is crazy and he may not always be there. In which the musician’s mask slips as he shifts between the shadows of the personal and the public. Yet in the absence of clarity the song falls into an everyman, no man’s land, losing something of its personal impact. One time when the intent of the writer might have been helpful.

On ‘Marching in Time’, Tremonti often blurs the personal with the political, with songs drawing from current events of the last year, resulting in an album that can feel both lyrically invested and lyrically detached, like a neutral gaze in the face of horror. Which in itself is no crime, but it leaves a taste. Like listening to another commentary on the world in a world already overflowing in a plethora of them. Thankfully, ‘Marching in Time’ never becomes monochromatic, due in no small measure to Tremonti delivering some of his most musically exciting compositions on record and letting his mask slip on occasion. When married to moments that truly personalize the experiences, offering insight as opposed to commentary, heart to accompany the head, Tremonti’s songs ignite with life. On ‘Marching in Time’ that happens. It just doesn’t happen enough.

With his earphones Mark kinda looks like he has elven ears.

Haha, sucks for Ryan too to be yeeted off to the side because there's not enough room on the stage.. also, im trying to figure out what the hell amp that is that mark's using. It's sitting on the right cabinet. My best guess is it's the mt-100 prototype
Top

Some exclusive "stream" shirts during the order process at https://nocapshows.com/artist/tremonti 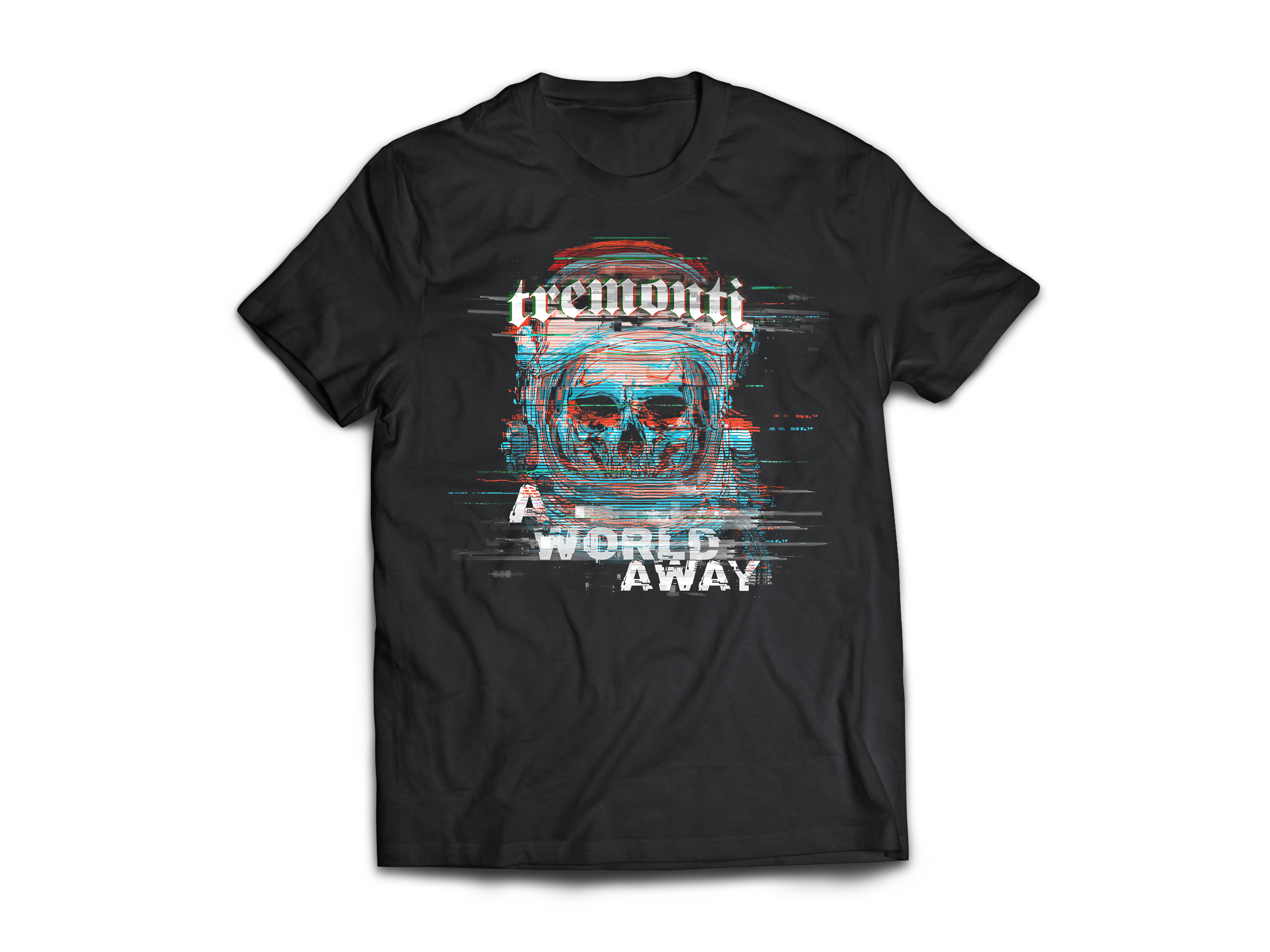 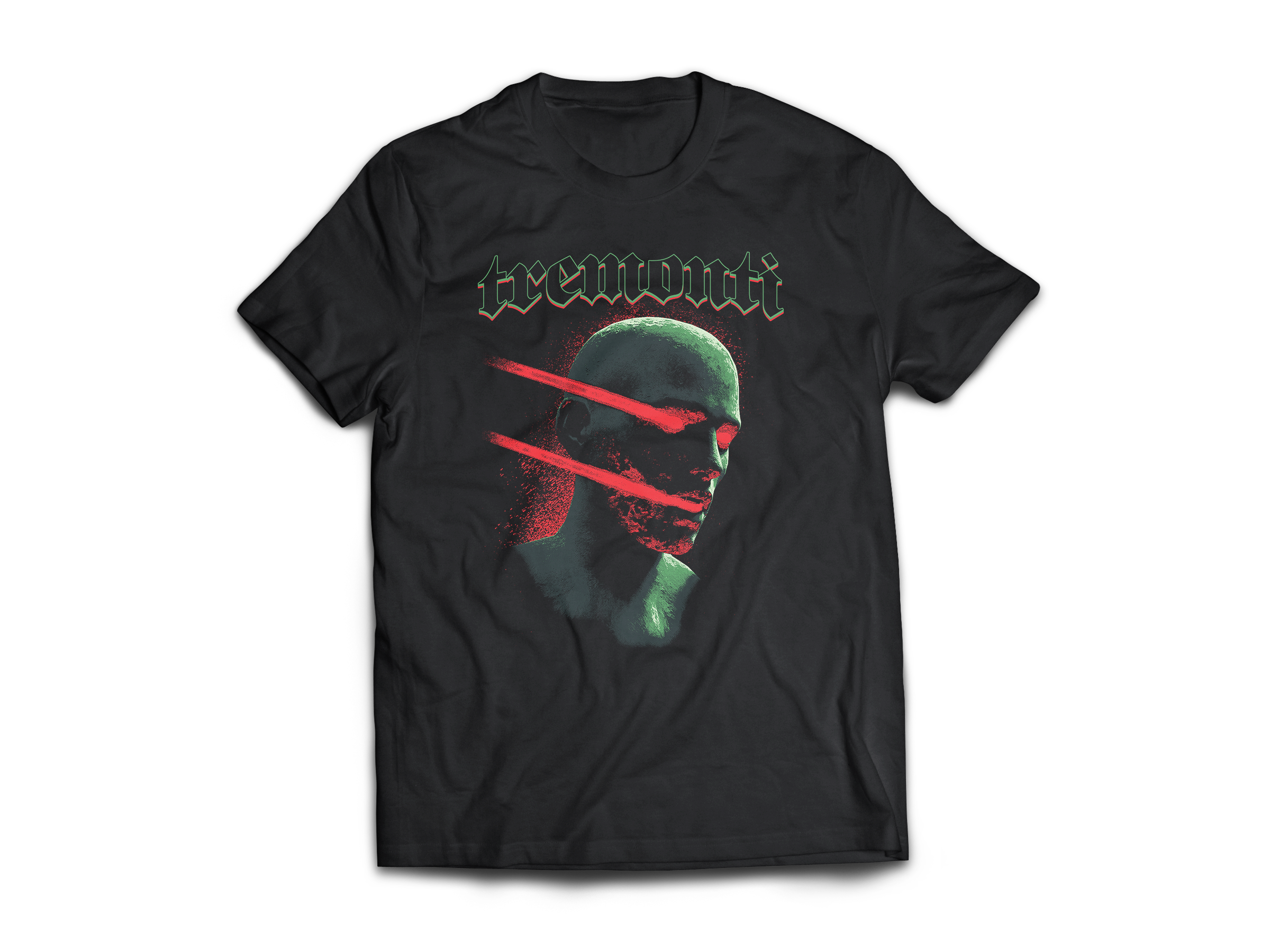 ONLY 10 DAYS TO GO UNTIL THE ALBUM, Y'ALL. WE'VE FINALLY REACHED THE LAST DAY OF DOUBLE DIGITS IN THE COUNTDOWN!!

ONLY 9 MORE DAYS TO GO!! FIRST DAY OF SINGLE DIGITS IN THE COUNTDOWN


A musical year without a production by Mark Tremonti is not really one. Whether it's in Alter Bridge, Creed or his solo project Tremonti, the renowned guitarist can't stand inaction. Building on the success of his concept album A Dying Machine (2018), Mark Tremonti puts the cover back on without developing a complex theme. The pandemic affected his inspiration and motivation to play the guitar, but he ended up finding his way back to the studio, avoiding letting the health context invade his creations. His new effort entitled Marching In Time had above all to be varied and to shine more by the individuality of its titles rather than by its assembly. In short,Mark Tremonti's plan was quite simply to keep the best ideas without necessarily trying to create a link between them. What makes Marching In Time a showcase for the effectiveness of the guitarist's songwriting.

Tremonti is used to resting on a production in reinforced concrete with its testosterone guitars and its rhythmic column that looks like a pachyderm. Marching In Time is no exception to the rule and perpetuates the tradition of “Made In USA” rock with a hint of Dodge Viper. Michael “Elvis” Baskette is of course back at the helm with Mark Tremonti, both accompanied by Ryan Bennett on drums and Tanner Keegan on bass. The introductory palm-mute of "A World Away" alone indicates the program: Tremonti does not hesitate to sport his best checked shirt to play the ax. The guitarist's privileged recipe is in the spotlight: heavy rhythms and soaring FM which offer this famous contrast so much sought after. Not enough to corroborate the guitarist's desire to "reinvent himself at every moment",not enough to deny the effectiveness of his music either. In addition, the guitarist always reserves some subtleties of arrangements such as his dissonant harmonics which allow the riffing to progress. “Now And Forever” accentuates this heavy low aspect of the forehead by making an extremely aggressive snare resonate. "Now And Forever" respects a verse-chorus-solo structure of a certain classicism, proof of Mark Tremonti's desire to stick to the fundamentals if they provide enough pleasure. In this case, accumulate the pretexts to swing a lipid riff at the end of the title.

Mark Tremonti can not resist embracing the vocabulary of an academic power pock which will adapt perfectly to the constraints of radio broadcasting. The languid chorus and the arrangements of strings taken up in leads of "If Not For You" perfectly mix tattooed muscles and effusion of feelings with this catharsis of rigor. "The Last One Of Us" is based on these chords full of folk guitar always supported by a drums which have abandoned any idea of ​​nuance - unlike the final guitar solo, nicely embroidered and progressively evolving at the same time. that the intensity of its support decreases. "Not Afraid To Lose" is the last degree of the power-ballad reached by Marching In Time, a real exercise of gender which confers the courage necessary to take his most beautiful pick-up in order to steal the girlfriend of the inevitably unbearable quarterback of the high school. It does not matter if the emotions evoked by Marching In Time are telephonic or extravagant. The fact is that they exist and that despite his recognized instrumental talent, Mark Tremonti rightly refuses technical demonstrations. The variety and the service of the song prevail at all times. The epic almost eight minutes of "Marching In Time" emphasize this ability to interweave different guitar shots without breaking the coherence of the song, ranging from arpeggios cleans to syncopated riffs and semitone sequences before exploding. in soli. Mark Tremonti is a feline guitarist, never faulted in his ability to maintain his posture.

Marching In Time is indeed a collection of individuals whose sole purpose is to offer quality without adding an extra layer. Mark Tremonti has been doing more or less the same since the beginnings of his solo project, with an inspiration that is maintained despite some inequalities. Marching In Time is a collection of powerful hits that does justice to American heavy rock craftsmanship. This is more than enough to break the ambient gloom and get lost in some B-series fantasies.